We are pleased to announce the new installation of the beautiful Baha’i nine pointed star. Inspired by Fariba Bogzaran it is located on the South West corner of the land over-looking the ocean. A 20’ x 20’ area was graded to accommodate the Star which sits upon a 12′ x 12′ cement slab. The star has been etched into the cement and we have applied beautiful Essence Stain, adding a colorful dimension. Shortly, we will be placing paving stones around the star creating a walking path. It will be landscaped with sitting benches and sweet smelling shrubs. We want to thank the generous friends that have made substantial financial contribution to see the shrine up to receiving the mosaic tile finish. Please help us to put the sparkle (mosaic tiles) on the Star by making a financial donation. 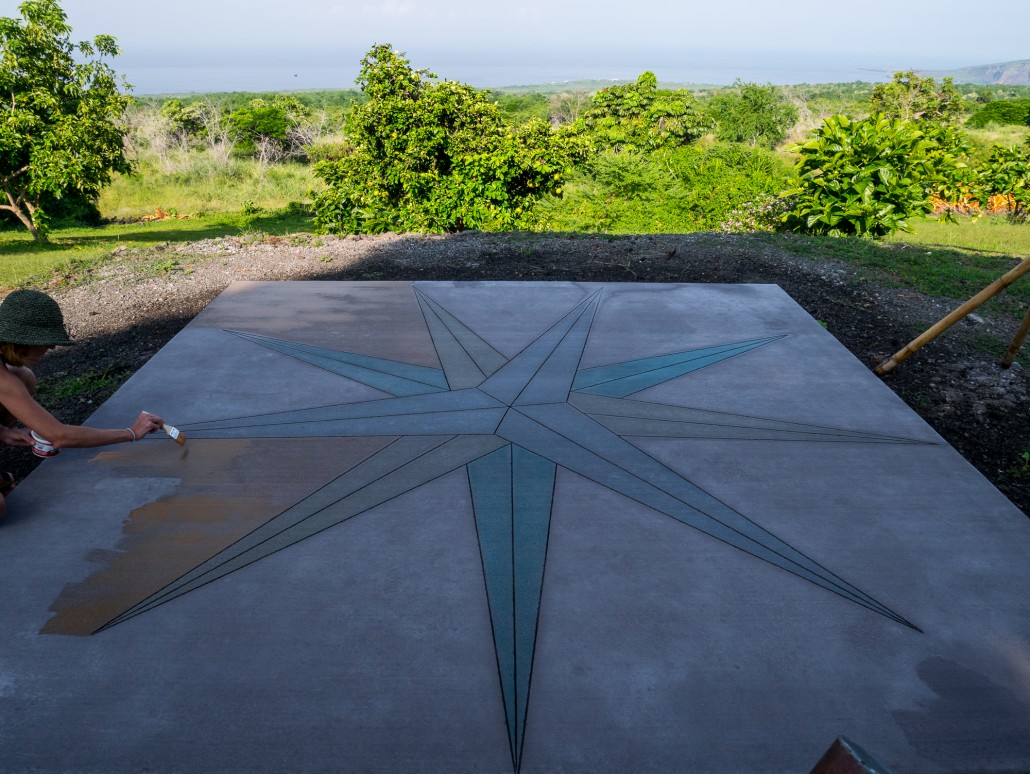 A simple nine-pointed star is generally used by Bahá’ís as a symbol of their Faith. The number nine has significance in the Bahá’í Revelation. Nine years after the announcement of the Báb in Shiraz, Bahá’u’lláh received the intimation of His mission in the dungeon in Teheran. Nine, as the highest single-digit number, symbolizes completeness. Since the Bahá’í Faith claims to be the fulfillment of the expectations of all prior religions, this symbol, as used for example in nine-sided Bahá’í temples, reflects that sense of fulfillment and completeness.